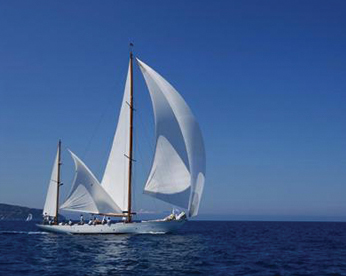 Surveyor may be purchased either as a complete suite of programs or as individual applications.
The programs are available as a single or  as a discounted multi-user licensed. 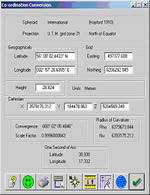 The software computes the azimuth to the sun from observations and using star almanac tables. This software can be used
to calibrate a gyrocompass. 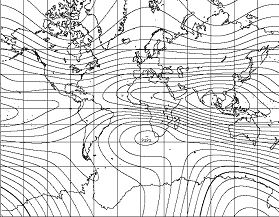 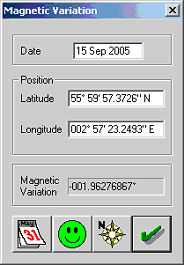 Uses the The International Geomagnetic Reference Field (IGRF) model to determine the components of the magnetic field
vector a given location.

observations.
The software can be used for calibrating an acoustic network.

The software computes the relationship between two grid systems and then allows the operator to convert between the two systems.
Computation can be used for calibrating an acoustic network with a surface navigation system.

To determine the position of a seabed transponder by observing acoustic ranges from a vessel sailing around the transponder.
The software uses sequential least squares to deterine the position so there is no limitation on the number of observations taken.

Heading from Pitch and Roll

The software computes and displays the tidal curve based on a standard port and tidal harmonics all parameters have been
obtained from the UK Hydrographic Office.

The software from observations computes the position of the legs of a 3 or 4 leg structure and also the centre. USBL Calibration

The software is used to calibrate an USBL navigation system, the software will compute the likely errors in range, alignment, pitch
and roll

Speed of Sound in Water 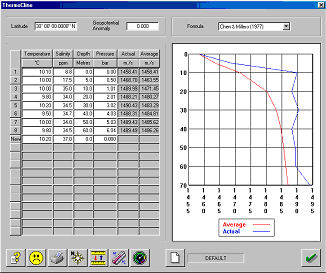 The software can use the following formulae to compute the velocity of sound in water.

The software also has the ability to produce velocity profiles from a series of points.